Act of the Year 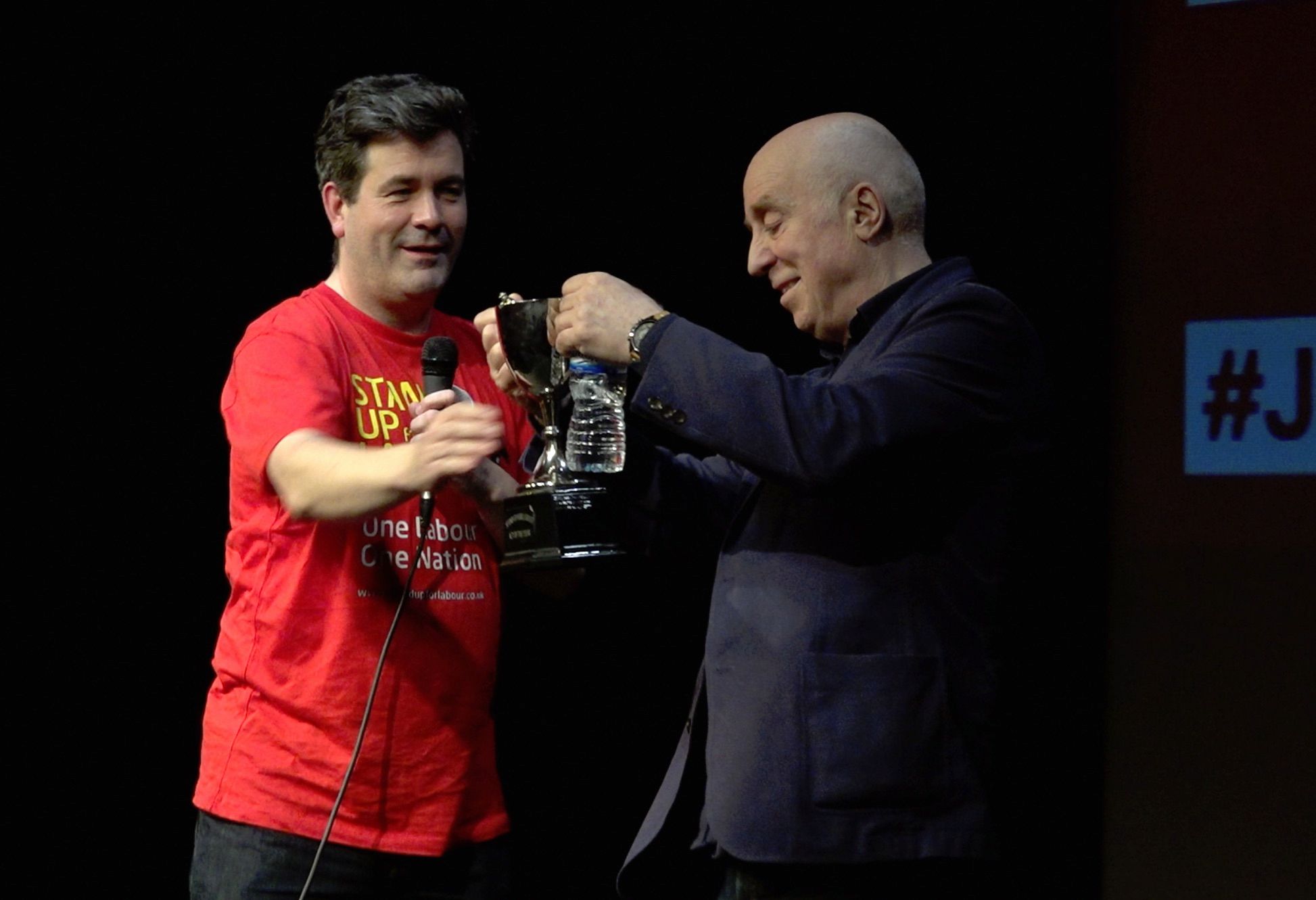 Norman Lovett was presented with the Stand up for Labour Act of the Year award last night at the Questors Theatre in Ealing, west London.

Norman's unique and hilarious comedy style has been very popular with Labour Party members and supporters across the country.

During 2015, Norman performed at events in Salisbury, Kettering, Sutton, Coventry and Greenwich.

Stand up for Labour promoter Crispin Flintoff says: 'Norman polled the highest number of votes from all the CLPs that held events in 2015. There were lots of good acts to choose from, but Norman just shaded it.

'I'm pleased that his hard work for the Labour Party has been recognised by audiences. Sometimes I have driven him hundreds of miles to and from gigs and he has got home at 3am. He's great company throughout the journey and never nods off. He has more stamina and laughs per hour than comics half his age.'

Previous winners were Christian Reilly in 2013 and Patrick Monahan in 2014.