And the winner is...

Patrick Monahan wins Act of the Year for 2014 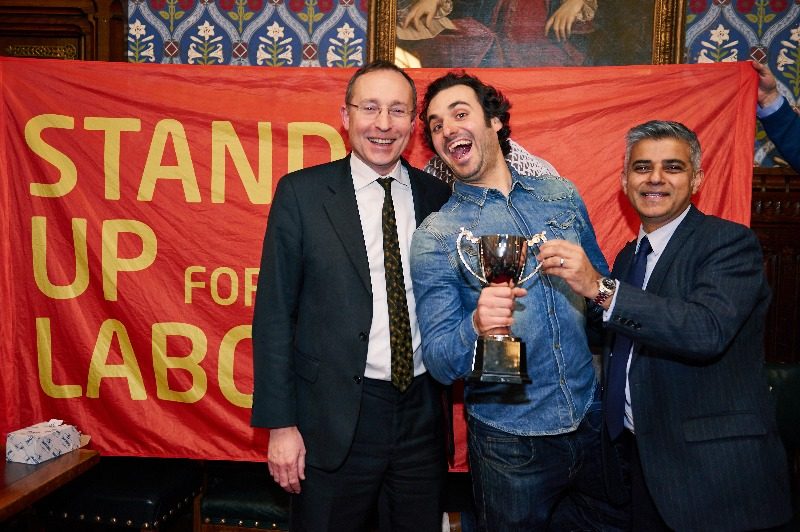 In a packed House of Commons meeting room last night, Shadow Justice Secretary Sadiq Khan MP and Andy Slaughter MP presented Patrick Monahan with the trophy for Stand up for Labour Act of the Year. It took Patrick over a minute to pick up the award as he hugged most of the audience on the way.

The Award was made following a poll of audience members in the 61 gigs Stand up for Labour held last year.

In 2014, Patrick appeared at Stand up for Labour in Enfield, Chiswick, Bristol, Norwich, the City of London, Manchester (during the Labour Party Conference), Stockton-on-Tees and Kingston. See our Gallery for pictures.

Patrick said: 'Doing the Stand up for Labour gigs has always been a joy and now I have an amazing award for it - it's the creamed icing on the top of the beautiful cake.'

Patrick will be appearing in Stand up for Labour in Tottenham (on Tuesday), Loughborough (on 8 February) and the Ministry of Sound (on 18 February) before the General Election campaign kicks off in earnest in March.