This article was first published on Huffington Post on 28 April 2015. 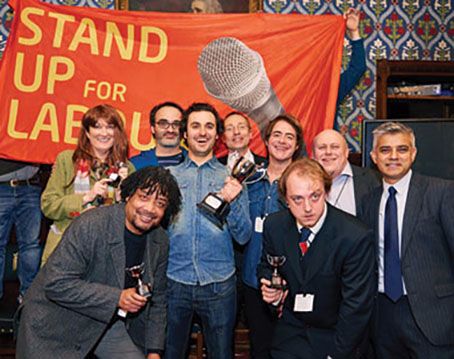 I started Stand up for Labour in July 2012 in a bid to cheer up Labour supporters and raise money for campaigning. Since then, we have managed to raise over £100,000 from events in England, Wales and Scotland. Friday sees Stand up for Labour’s 150th event - and last event before the General Election - when we visit Coventry. This is a good time to reflect on the highlights of this comedy fest.

Here are my top ten: